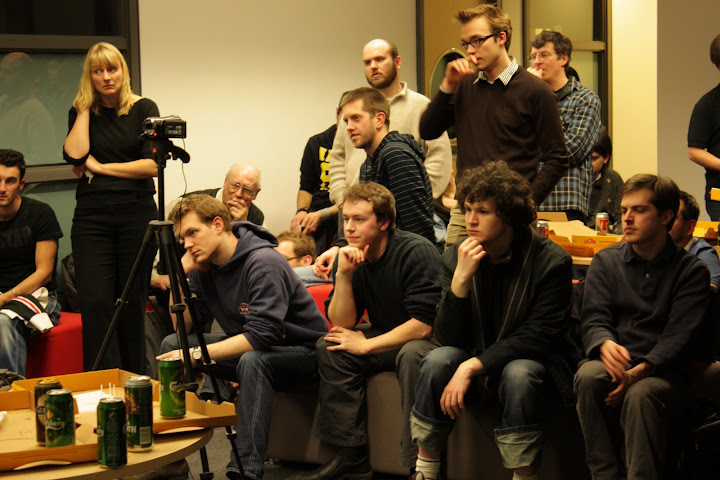 For the February meetup we had talks about usability and SEO, two pretty vital topics for those starting up new websites. The pizza and beer flowed as usual, this time however we had a gap after introductions to let people mingle after finding out who’s who which worked well.

Sam talked about the expansion of the techmeetup over other areas in the UK, the Glasgow meetup should be going ahead soon, and the website will be overhauled to facilitate these extra meetups, then we got on with the presentations.

Chris came to give us an introduction to SEO, while SEO has gained somewhat of a bad reputation due to the amount of people that abuse its nature, it is simply about helping users find your website, in an ever growing internet, being found easily is becoming increasingly important.

Chris’s talk revolved around 2 main points, link building strategy and on-site SEO, on-site SEO is the steps you can make during development to help your website gain visibility in search engine rankings. The first and most important step in onsite SEO, Chris explained is generating unique and valuable content, once you have this, then you can follow the rest of the steps including making sure you use friendly URLs, have unique page titles for individual pages within your site, using clean semantic code etc.

However one of the most important factors for search engines when determining your ranking is the incoming links to your website and Chris explained his methodical approach to link building. Pick 3 categories where you would like incoming links from, Build a spreadsheet of the targets within those categories that are high value, popular press and media is a common target, and credible popular sites within your sector. In the spreadsheet keep the contact details and record all correspondence and activity, this helps you keep on top of which sites work and which ones don’t. 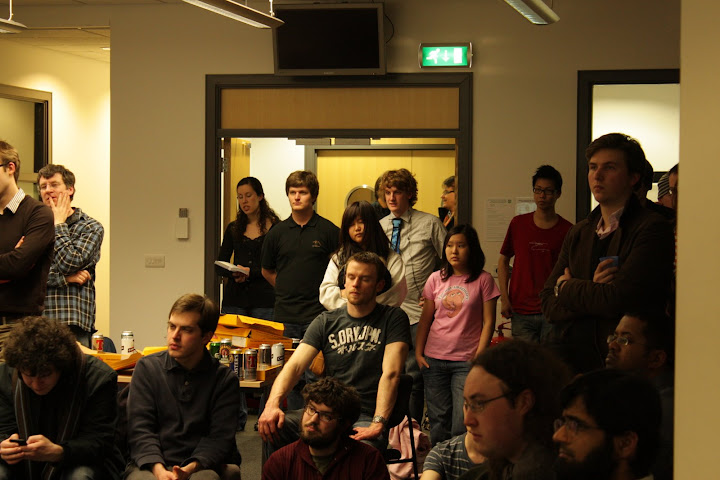 Now that you have improved your SEO and you have thousands more people coming to your website, what do you do with them? Another Chris, Chris Rourke from UserVision came to talk to us about usability.

Why should you care? Chris explained the conversion rate graph, at which the start is is all the visitors to your site, at the end is “conversions”, people that have performed the action you want them to (such as buy something). Between entering the site and completing that action there are a lot of points at which a user will get confused / frustrated and leave. The goal of usability is to remove these pain points.

So the usability silver bullet? as Chris stated, there isn’t one, each site is individual, and usability is an inherently human task, the important thing is to test, this can occur before you even touch a line of code through paper prototypes, and should be carried on throughout the life of the site. Testing doesn’t need to be a complicated setup, its can be as simple a sitting down with some users and watching what they do.

Taku came in to talk on the studies into character animation he has been doing at the University of Edinburgh, he briefly explained the process he was using of building small patches of precompiled interactions which can then be knitted together to make a full scene, however most of the time was spent watching the very cool low res animations, I recommend going to http://homepages.inf.ed.ac.uk/tkomura/ to check them out, they are doing some cool stuff.

Gordon Guthrie from Hypernumbers also led a discussion about the visualisation of information, In todays age when the amount of information that can be gathered can be staggering, its a good time to sit and think about how that information is displayed in order to be able to understand the large amount of data points. Gordon introduced Visualisation of Quantitative Data from Edward Tufte, and also demoed some tools used by hypernumbers to display metrics, including internal test tools and SVN information.

Apologies for the tardiness of this post, the next meetup is scheduled for Wednesday, with talks on Django, couchDB and some others to be announced. See you there.