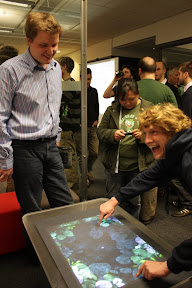 For the March Tech Meetup we had talks on Techdirt, Google App Engine and Django. With Sam skiving in Mexico, Hasan introduce the talks for the night, and we proceeded with usual introductions, beer, pizza, networking and general chat.

Micheal Clouser kicked off the night introducing Technology Entrepreneur Online (techent.org) which contains courses to advise budding entrepreneurs in the technology sector. He then introduced Mike Masnick who is the founder/CEO of Techdirt and Floor 64.

Mike wasn't prepared to talk so with some prompting he gave us the story from the founding Techdirt.com to the current day. Techdirt started as a personal project while Mike was doing an MBA at Cornell, He wrote about current technology and sent it out to fellow students, the newsletter proved popular and grew as Mike finished university and started working, he carried on writing and expanding Techdirt as a side project. Eventually while looking for new work Mike decided to create a business from it. Turning down the idea of advertising on the site he decided that his content could be targeted towards particular companies and sold, the companies Mike contacted said they needed this and were happy to pay, they became part of the beta test which grew into a full service and Floor 64 was born. As Floor 64 and the public blog of Techdirt grew they started leveraging their community of experts in various fields to help generate their packaged content. Following this idea the insight community was formed, a place for companies to have conversations with experts on various subjects relating to their business. Although Mike was unprepared he is an excellent speaker, and the evolution of Techdirt from a university newsletter to a valued source of information for some of the worlds biggest companies was a very interesting listen. 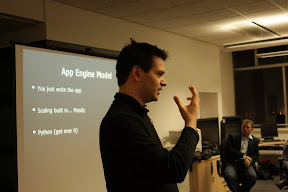 Janek Mann then came to introduce Google App Engine(GAE). GAE provides an infrastructure that will allow applications to scale from the outset by preventing the common issues that make scaling hard (shared states, relational databases), they also provide the hosting of that infrastructure. Janek outlined the advantages of GAE such as the fact it is an end to end service, with Google dealing with your hardware infrastructure while also providing a software platform that help scaling. He also explained the times when GAE are not suitable, such as video transcoding, hosting large files, or times when you need libraries that arent provided by Google.

"why you should never use PHP again"

Ending the talks for the night Peter Braden came to talk about Django, the web framework written in Python. He listed and explained a few of the modular components that Django provides, url routing that map urls to functions, views which handle the page logic, ORM (Object Relational Mapping) which abstracts the database so you can use native Python objects as opposed to SQL, templates which provide clean seperation for designers, and form utilities (generation validation / sanitation etc) along with a huge number of other handy utilities such as the admin panel and even a lorum ipsum generator. Peters conclusion was that Django was designed to let you build internet applications very quickly while at the same time keeping large codebases manageable and maintainable. 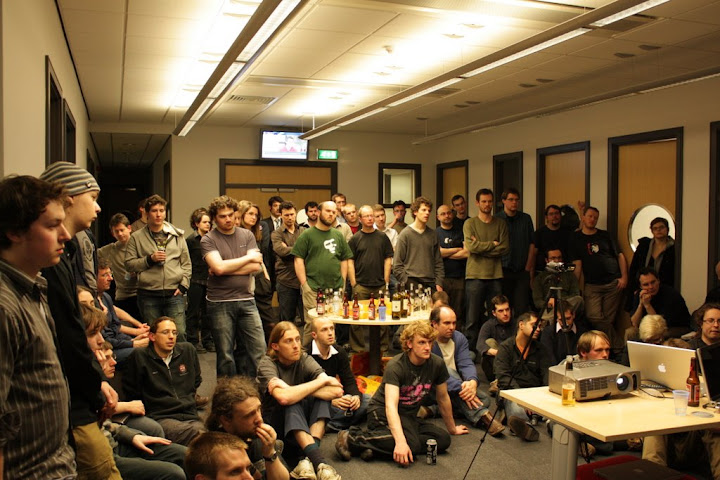 Sign up for the google groups list to get updates for when the next meetup is and who will be talking (groups.google.com/group/techmeetup), see you there!