The second Wednesday of August is upon us, which means that it’s time for another TechMeetup in Edinburgh. As usual, you’ll be able to join us on August 12 from 6:30pm on level 8 of Appleton Tower (map) for an evening of talking tech whilst consuming copious amounts of pizza and beer. We have two talks lined up: one on programming the Microsoft Surface, and one on building a user-centered web.

Microsoft Surface is basically a coffee table with a 30-inch touch screen on top. It is scratch resistant and beer resistant (we’ve checked) but you can’t put your feet under it. 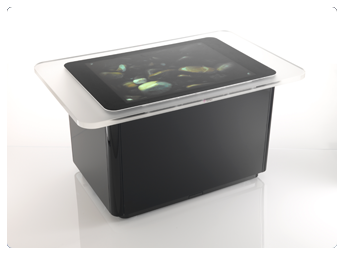 The School Of Informatics hosted a Surface programming competition this July. Kate Ho (@kateho) & Neelima Alluri, winners of the competition will tell us everything they learned about programming those badboys. You’ll be able to play with their apps too right there on a real Surface.

Ben Werdmuller (homepage, @benwerd) – co-founder of Elgg among other things – is coming up from London to join us & talk about a vision of the future of the web, as an open application framework based on permissive open standards, and centered around user-identities that are independent of a specific service provider, such as Facebook, Twitter, Google or anybody else. This would mean that the whole web itself would be a social networking tool, effectively turning the current model upside down.

Spread the word, and see you on Wednesday!